Build, craft, and give free rein to your imagination 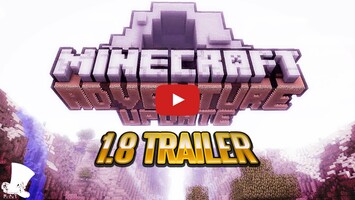 Advertisement
Minecraft is a game chock-full of adventure, exploring, and creativity. You survive in a world composed of blocks – similar to Legos – that you can move around however you like from your first-person perspective. And when we say "however you like", we really mean it, as you can collect blocks of any material to use later for whatever you see fit.

You can do everything from chipping off big chunks of stone to build a house, chopping down trees to make furniture to put in your home, or even putting together more complex projects like wells, statues, buildings, etc. Your only limit is your imagination, and as soon as you start creating, you'll realize that the options at your disposal are practically infinite.

But obviously, building things is only part of Minecraft. The other part happens at nightfall when monsters come out of their caves, and the game becomes a proper survival horror title. It's then that you have to face off against giant spiders, skeletons, endermen, or the terrifying creepers. And it's then that you’ll make good use of your sword or bow and arrows.

To survive in the world of Minecraft, you'll need more than just your home with a bed, your sword, and a few tools. You'll also need food, as your character will get hungry. You'll need to explore your world, as the best materials aren't always lying around in plain sight. And you'll definitely need to use the huge freedom the game offers at all times.

Visually, Minecraft is not great, as you'll see in the images and video, but its grid look is completely necessary for the gameplay to make sense. Also, the game lets you radically customize the graphics using mods or skin packages.

Minecraft is the most successful independent game of recent times. And with good reason. This masterpiece from Notch has managed to worm its way into the hearts of millions of players, who enjoy it on all its available platforms: iOS, Android, Xbox 360, Linux, Mac, and (of course) Windows.
Reviewed by Andrés López
Advertisement

How can I download Minecraft for PC for free?

You can easily download Minecraft for PC for free on Uptodown. Simply download the executable from the Internet or app to enjoy this video game that is incredibly popular worldwide.

Which Minecraft is the original?

Minecraft is the original game designed by Markus Persson in 2011. It should be noted that the game was later developed by Mojang Studio to reach different platforms.

How do I install Minecraft?

Installing Minecraft is very simple. You just have to download the installer to select the language and features you want before starting your first game.

Yes, Minecraft is free. However, you can only enjoy the demo version. If you want to enjoy all the possibilities in this sandbox, you will need to purchase the paid version of the video game.

I love it, I've been playing for 5 years and I think it's a good game, I hope it keeps updating

It's fine, although it's a simple demo that lasts like 90 minutes of gameplay per world, but it's still fine and fun at times May 8th, 2019 Microsoft introduces a new version of Minecraft for smartphones which includes augmented reality

Stumble Guys (GameLoop)
Survive to the end in this fun clone of Fall Guys
Five Nights at Freddy's 4
The last chapter on this horror saga
Granny (GameLoop)
Can you escape from the house and Granny in five days?
Granny: Chapter Two (Gameloop)
The second installment in this terrifying horror saga
Baldi's Basics in Education and Learning
Learn with Baldi... or not
AM2R (Another Metroid 2 Remake)
Remake of Metroid II Game Boy original
Eyes: The Horror Game
The terror is watching... and it's out to get you
P.T. for PC
The terrifying P.T. for PS4, now on PC